1988 – New Years Eve parties at my parent’s house were legendary. How many people could possibly squeeze into a 3 bed, terraced, council house in East London? As the year 1988 drew to an end I was just 3 years old. My future husband was barely a twinkle in my father – in – law’s eye and Cliff Richard had hit the Christmas number 1 spot with Mistletoe and Wine. My mum was rocking a perm, along with most women in the room. Red and gold, shiny foil garlands adorn the ceiling as London’s Capital Radio, counts down the final seconds of 1988.

My dreams at this age would have been unknown and if asked perhaps simply to watch Button Moon. Life was simple but something has remained constant from that New Years Eve… I was loved and surrounded by a family who would always be there no matter how far away I was.

1998 – 13 years old.. A delightful age I am sure my parents would agree.. Next year would be the last year before the millennium hit and the world was rumoured to explode into a million pieces.

Geri Haliwell had left the Spice Girls, leaving them in uncertainty, their single “Goodbye” topping the Christmas charts. I pretended not to care and listened enough to my Pure Garage CD to pass the “cool” grade at school but secretly I’m devastated about the future of the Spice Girls.

Family parties had now been transferred into the local Catholic Club Hall, which we hired for our gatherings due to a rapid growth of the family over the last decade. Each year I would be introduced to yet another family member. With my great-grandmother having 14 children there was always room for yet another long-lost cousin! My cousins and I would have sneaked a bacardi breezer while our parents danced the rest of the year away. At 1am the priest would come to lock up the hall but my father would persuade him to have a drink with them and so the party would continue.

I cringe at the thought of what my 13-year-old new year resolutions may have been. The less cringe worthy ones would have involved my swimming career and how I would excel to new levels in my sport. Even at this young age another resolution would have been to keep my room tidy and complete my homework on time. I changed a lot when I started secondary school as many children do and was torn between the conflicting trials of wanting to fit in and wanting to make my parents proud. I received regular detentions, which my brother covered up for me, pretending I was at athletics/netball practice. I remember feeling an overwhelming sense of guilt, regarding the lies I was telling my parents, and know that around this time I would have been telling myself that the lies would stop and I would behave better at school in 1999!

2008 – Thankfully the world did not come to an apocalyptic end as Big Ben chimed out the final seconds of the millennium. In 2008 I was entering my first New Years Eve as a fully qualified primary school teacher, with my own little flat which I believed was a palace but in reality I shared with a family of mice and was as damp as Hackney marshes.

23 years old and the world at my feet a year of trying to define a balance between a social/work life and failing miserably. My cousin and I waited hours in a blazing August sun to watch the truly unforgettable icon that was Amy Winehouse. A performance that will stay with me forever and I feel truly blessed to have witnessed. Along with the Prodigy, Arctic Monkeys, Stereophonics and The Pogues, among others, it was an amazing year for live music! 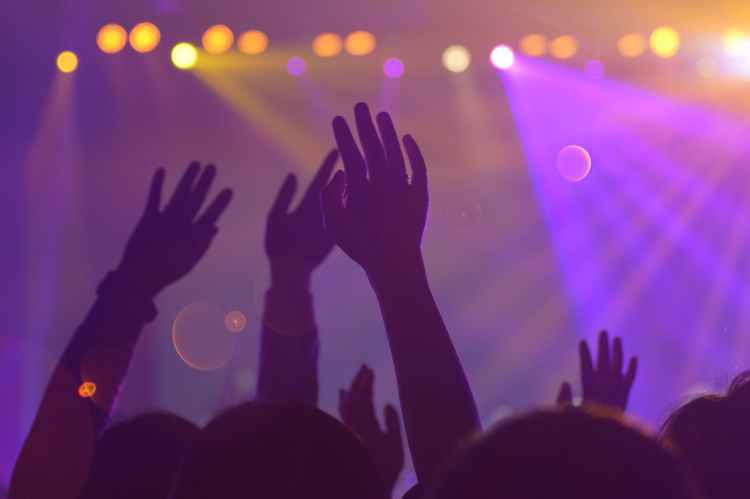 However my high-flying lifestyle was hard to fund now I was privately renting. Not to be one to let that stop me I found a little piece of plastic magic in the form of a credit card.. then I found a few more. Before long the bills were mounting and with no real understanding of finances I did what many young people my age did at that time and stashed the unopened letters. My 2008 resolution was to open those letters and start to “adult” but alas I failed miserably and as a result was declared bankrupt 3 years later at the age of 26. I am a firm believer that financial education should be taught at school. I had a complete lack of knowledge in regards to budgeting, paying bills and savings in general and will definitely be teaching my children about money from an early age.

2018: Here we are at the end of my 34th year. Content and settled at last (a little wobble here and there) in my new country life. Two children in full-time education and another running me ragged. My wonderful in-laws have flown over from Ireland and we are set to see in 2019 in the stunning surroundings I now call home.

I feel this year certain elements of my life have finally clicked into place. Obviously I am still an unorganised, chaotic human and although commonly sleep deprived I am starting to make concrete plans for our future not just “maybe one days.” I have faced some trying times this year which have made me realise that things can change without warning but I am learning to deal with these changes with the support of my husband and family rather than hiding from them.

Beginning my blog in August has changed my outlook on life in a way I never would have imagined. I feel I have an outlet for my emotions and have confidence in my own abilities once more. It has enabled me to have a greater understanding of myself and equally be able to reflect on past experiences. Therefore, in regards to 2019, it will be to continue on the same path as 2018. (perhaps a couple of stone lighter)

I wish you all a fabulous 2019! I would love to hear your new year’s resolutions or even your resolutions from previous decades. Thanks for reading and your continued support!